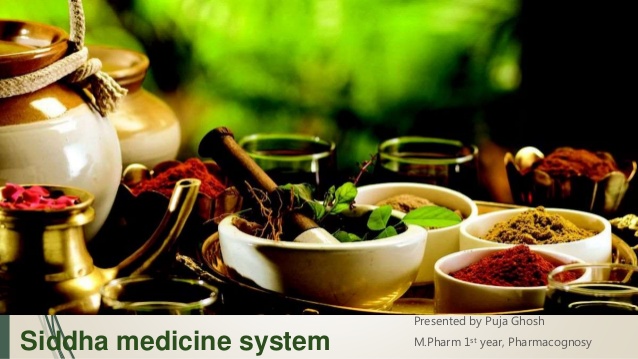 The Siddha system of medicine is an ancient system of medication that originated in south India and is one of India’s oldest systems of medicines. This system is based on ancient medical practices and spiritual disciplines. It is believed that the system was developed during the Indus valley civilization, which is tracked to have flourished between 2500 and 1700 BC. And it came to south India when the Dravidian people, who may have been the original inhabitants of Indus valley, migrated southward.

Today the government is taking several steps to promote Siddha system. The Tamil Nadu government runs a course in Siddha medication named as BSMS (Bachelor in Siddha Medicine and Surgery). The Indian Government has also established medical colleges and research centers, for eg., National Institute of Siddha and Central Council for Research in Siddha for carrying out the practices and strengthening the Siddha system of medicine.